A huge thanks to everyone who has supported us so far this year as we look to raise money for Alzheimer’s charities and support groups in the north of England.   As part of our 50th anniversary celebrations, we have now raised a combined £1601.50 with the proceeds being donated to the Marple Dementia Drop In. 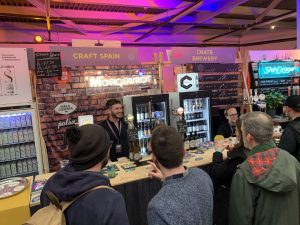 Brew London event where till takings were donated and £859 was raised for the charity fund.

Special thanks has to go to our bike hero Mat O’Connell, who was sponsored to ride 45 miles plus home from Manchester to Sheffield  and also to Rick at Worsley Fine Wines (www.worlsleyfinewines.co.uk), who kindly donated a percentage of sales in June. 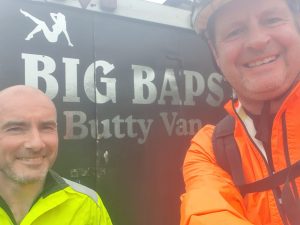 Mat getting some sustenance during his charity bike ride

We are also working on further plans for additional fundraising in the next few months but if anyone would like to get involved and help, get in touch to see how we could support your efforts, whether you want to organise a raffle, challenge or event.

We are also on the look out for more Alzheimer’s support groups in the North of England that we can help through our fundraising.  We have seen first hand the heroes caring for Alzheimer’s sufferers and we want to ensure the money we raise, gets to and helps the people on the front line carrying out the incredible work.

If you know of some people or groups who could do with some help, drop us an email at enquiries@morgenrot.co.uk.