No strangers to awards, we’re delighted to announce that Castelo de Medina have continued their strong performance in tastings after its Verdejo 2018 recently picked up the awards for Best Value White from Wines from Spain and Best in Show at the Mundus Vini tasting.

Founded in 1996 by three wine lovers, the winery is based in the heart of Rueda, in a little village called Villaverde de Medina and specialises in making white wines. 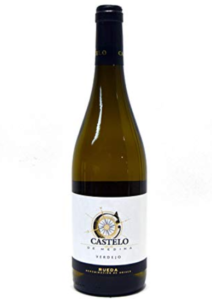 Progressive and innovative in their approach to wine making, the winery produces the crisp racy Vega del Pas wines, to the fuller, more structured whites under the Medina label.

An award winning interpretation of the Verdejo local varietal, Castelo de Medina’s premium Verdejo has previously picked up Gold in the Spanish CINVE tasting, Silver from Concours Mondial de Bruxelles and Silver again in the International Wine Challenge.  In 2018 it was voted ‘Best Verdejo’ in the Lux Life Food and Drink awards.