Our Spanish selection of beers has been bolstered again with yet more Riojan delights from the Cervecera Artesana craft brewery after the launch of the exclusive Palax Reserva, which is now available in draught format nationwide.

Brewed using water from the Sierra de Moncalvillo and a careful selection of toasted malts including Vienna malts as a base, the beer is made in using three varieties of hops – Perle Hallertau, East Kent Golding and Cascade – to produce complexity and depth of flavour. 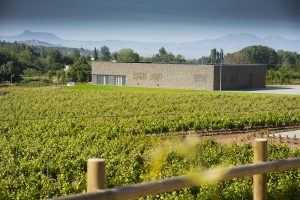 Palax Reserva 6.5% ABV – a dark brown colour with copper reflections and a thick and dense beige foam. Frank and intense aroma of toasted malt reminiscent of coffee, toffee and toasted nuts. Complex, full of flavour with a good bitterness and balanced with its sweetness. Retronasal dominated by nuts, bitter cocoa and coffee on a background of notes of toast and licorice.

“Ever since we launched the Cervecera Artesana brews to our customers back in 2016 they have quickly gathered a strong following in the ON trade so we’re thrilled to unleash another one on the UK. Palax Reserva is full of flavour and complexities so we believe it will be a big hit in the craft beer scene and wider UK pub, bar and restaurant trade.”

The brainchild of Javier Palacios, who had a life-long passion for beer while making wine in Spain’s most famous wine region, Cervecera Artesana is based 800 metres above sea level and boasts one of the most incredible brewery vistas in the world – the famous gorge – Peñas de Iregua.

Set up in 2012, the brewery is part of the Palacios Vinoteca Group, which produces the Nivei wines available in Mitchells & Butlers’ All Bar One sites, and is located alongside the group’s Nivarius winery in the region of Nalda, 17km from Logrono.

The brewery combines the finest quality raw ingredients with cutting-edge technology and innovation to produce unique beers that ensure even the most discerning beer connoisseurs are amazed.  The best malts and hops are selected from the most renowned suppliers and water comes from a spring in the upper Iregua river basin in a natural, environmentally-rich area surrounded by beech and oak trees. The resulting craft beers are rich in nuances and personality.