Manchester importer Morgenrot’s wine brand Planet Bee has raised a further £2,322 for the Friends of the Honey Bee campaign, set up by the British Beekeeper’s Association (BBKA).

The joint venture between Morgenrot and Mitchells & Butlers has been running since 2016 with fifty pence from the sale of each bottle being donated to the Friends of the Honey Bee national fundraising campaign. 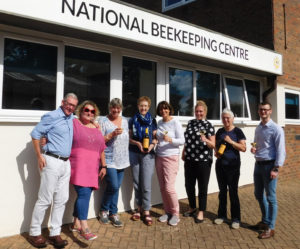 Planet Bee is a South African Chenin Blanc that is sold around the country in the Mitchells & Butlers’ Harvester sites.  To date nearly £13,000 has been raised.

The aim of the Friends of the Honey Bee BBKA initiative is to help stop the decline of bees worldwide.  Money raised from Planet Bee sales goes into research to help combat the effects of the deadly Varroa Mite, which infests hives and destroys honey bee colonies.

It is also invested in nationwide projects aimed at increasing the number of pollen and nectar-rich pollinating flowers, plants and trees that bees need to thrive and prosper.

“It’s been great to partner with M&B and Morgenrot in this fantastic initiative.  The money raised is hugely appreciated and a great help to our efforts in saving bees.  We look forward to continuing to work together to drive awareness of our Friends of the Honey Bee campaign.” 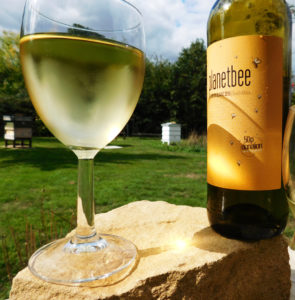 “We want to thank M&B and the BBKA for their help in getting this activity off the ground as it’s been a joy to be involved in.   We hope it is only the beginning and consumers make the most of the Planet Bee wine this summer to hopefully give the Friends of the Honey Bee campaign another boost.”