We over the moon to announce that we have extended our acclaimed vandeStreek selection of low alcoholic brews from the Netherlands with the launch of a fresh and fruity sour beer called Fruit Machine.

Available to the ON and OFF Trade in 33cl bottles in cases of 24 ahead of the festive season and DryJanuary, the new Fruit Machine is brewed with fresh raspberries and blueberries plus utilises Amarillo and Cascade hop varieties to create a fresh sour fruit bomb.

Arriving in tandem with Fruit Machine is vandeStreek’s award-winning Playground IPA in a 33cl can format in cases of 24.  Creating waves in the low/no beer category since launch in the UK in January, the beer picked up a Bronze in the ‘Speciality Beers’ category at the International Beer Challenge 2019, as well as a Gold Medal in the ‘Non Alcoholic Beer’ category and ‘Best Overall Beer’ in the ‘European Revelation’ category at the Brussels Beer Challenge 2019.

vandeStreek Fruit Machine – Non-Alcoholic (<0.5%) – A fresh and fruity sour beer brewed with raspberry and blueberry which has almost no alcohol but lots of flavour. Made using Amarillo and Cascade hops. 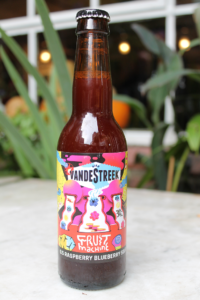 vandeStreek Playground IPA – Non-Alcoholic (<0.5%) – Amber in colour with a persistent lacy head, this non-alcoholic IPA is brewed with 5 types of American hops and has all the citrus and tropical flavours you are looking for as well as a nice bitterness and a strong lasting finish. 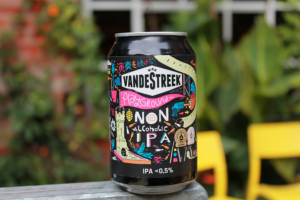 “Since we started working with the team at vandeStreek Brouwerij earlier this year the reaction from our customers to their beers has been fantastic so it was a no-brainer to extend the range in time for the busy Christmas, New Year and ‘Dry January’ periods. The no and low alcohol category continues to grow year on year with new brands, breweries and beers popping up all the time so it’s vital we stay ahead of the competition by offering the best around and in the vandeStreek Brouwerij we definitely have that.”

The brewery was set up by brothers Ronald and Sander Van De Streek who began brewing beer in 2010 in their flat in Utrecht, the Netherlands. At first, the brothers had no intention of starting to brew commercially, but in 2013 they started a crowdfunding campaign and the brand was born.

The first beers introduced to the public were their brews Broeders and Dark Roast at the Utretch Beer Brewers Festival and since then many others have followed including their HopArt series and Playground editions. The brewery also received international recognition at the World Beer Awards in 2016 with their BlackBock, Dark Roast and Koper beers all receiving awards. The brewery’s taproom opened in October 2019.