On Yer Bike Mat Raises Over £500 for Charity Pot

A big shout out to our sales representative for Yorkshire, Scotland and the North East – Mat O’Connell – who picked up the charity baton on the 29th June with a mega challenge to raise money for our Alzheimers 50th year charity fund.

Not specifically known for his fitness or lycra, Mat attempted and completed a ride from our HQ in Manchester all the way to his house in Sheffield, after dropping back the Transit which has served him and the company so well during lockdown. 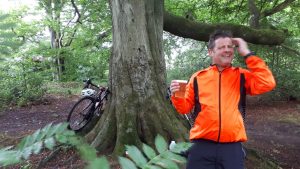 Starting on Monday at around noon, the route took just over 4 hours with Mat taking in beauty spots such as Lamplight Way, Bugsworth Basin, Sparrowpit and the glorious Winnats Pass before he arrived at The Norfolk Arms for a well deserved Krombacher Pils takeaway and headed home for eternal glory and a spag bol.

The weather wasn’t the most picturesque for a bike ride so a huge congratulations to Mat for his efforts and to everyone who sponsored him. At the time of writing, the amount raised was £500. 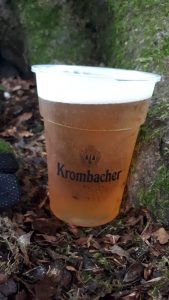 “A massive thank you to Mat for getting involved and raising some money for our 50th year Alzheimer’s charity fund. Apart from a casual ride to the shops, this was the most Mat had ridden in 25 years so it’s a hell of an effort. Knowing the big heart on the man and his motivation for the one litre of Krombacher Pils awaiting him, we were always confident he would smash it but to raise over £500 is immense.  The pressure is on the rest of us now!”

For anyone who would like to support or sponsor Mat on his challenge,  donations can be sent direct to HQ or alternatively, email enquiries@morgenrot.co.uk for the charity fund’s bank details.