Since stomping into the UK’s low/no beer scene at the end of last year, the superlatives flying around about vandeStreeks’ Playground IPA have been nothing short of incredible.

From national newspapers to top beer writers, the beer has quickly generated a following and a reputation for being one of the best low alcohol IPAs around. 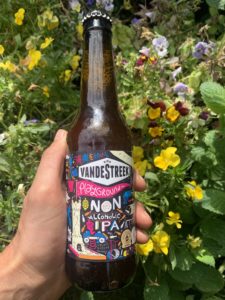 Now we’re delighted to announce that the rest of the UK can see what all the talk is about after the high flavour IPA was made available via Matthew Clark.

So wherever you are in the UK, if you want samples, further information or pricing, either let us know or contact your Matthew Clark rep.

Playground’s creator Ronald vandeStreek will also be visiting and spending a day in the trade around the UK in early August so if you’re interested in a special tasting, get in touch.