After having an absolute blast at the event last year, we’re incredibly excited to be booked in once again for the UK’s leading craft beer event – Craft Beer Rising.

Taking place at the Truman Brewery in Brick Lane, London, the event celebrates the best of craft beer with over 175 breweries from all four corners of the globe flexing their hops and showcasing just why the category is continuing to rampage and rise in the thoughts of consumers. 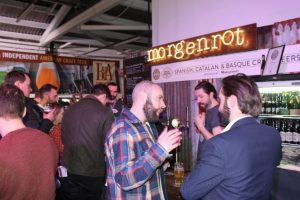 Running from the 22nd – 24th February, we will have stand 87 for our superlative San Sebastian brewers Mala Gissona and will also be displaying the best of the rest of our craft and world beer wonders from stand 100. 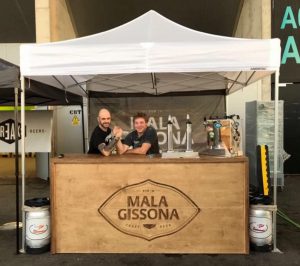 Tickets are on sale now and as per usual there will be a trade day running on the Thursday which is always over subscribed so don’t leave it too late to be booked in for what is guaranteed to be the mightiest beer drinking bonanza of the year.

If you’re a bar, restaurant, pub, club or retailer and you’re interested in attending and have any queries, don’t hesitate to get in touch as it would be great to see you there.