It’s not just our wines that have been scooping awards this autumn after Namibia Breweries Ltd (NBL) once again received international recognition at the European Beer Star Awards run by the Private Brauereien Association.

NBL’s premium beer brand Windhoek Draught,which we launched into the UK market in July, has been awarded a bronze medal at the annual 2018 European Beer Star Award ceremony which took place in Nuremberg, Germany. 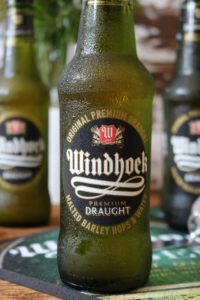 The competition saw 2,344 beers (39 % German, 61 % international) participate from 51 countries with the winners announced on the 14th November.  Windhoek Draught walked away with a bronze medal in the category ‘European Style Mild Lager’.

“This competition celebrates breweries around the globe that are committed to the traditional European art of brewing and is limited to beer-categories which originated in Europe. It also celebrates authenticity and distinctive beers offering impressive taste and quality. It evaluates the beers on the basis of a purely sensory criteria, and is one of the most challenging competitions worldwide. The European Beer Star Award is an amazing recognition of our commitment to the art and craft of brewing and using the best raw ingredients.”

The beers were judged by an internationally recognised expert panel made up of 144 beer and brewery experts from 32 countries at the Doemens Brewing Academy in Gräfelfing near Munich.  The panel included master brewers, beer sommeliers and proven beer connoisseurs who judged entrants based on criteria reflecting what all consumers value in a good beer: appearance, foam, smell, taste and varietal characteristics.

“The goal of the competition is to demonstrate the diversity of flavours in craft-brewed beers. The European Beer Star has long been a showcase for the best beers in the world and its reach is constantly growing.”