Windhoek Lager Announces Fundraising Partnership with Save the Rhino International

Our Namibian beer brand Windhoek Lager has kicked off an exciting summer of brand support, activation and fundraising with the announcement of a partnership with Save the Rhino International.

The #PureBeer brand has previously supported rhino conservation in Namibia, funding a Piper Cub plane to aid the fight against rhino horn poaching.

With the recent tragic death of the last male northern white rhino in Kenya, showcasing just how vital rhino conservation is, the Windhoek brand is now looking to raise £5,000 and kick off an awareness drive in the UK with a range of fundraising events and activities in outlets.

This began on Sunday May 20th with a Windhoek team member running the Hackney Half Marathon in the famous Rhino outfit and raising over £700 towards the target. 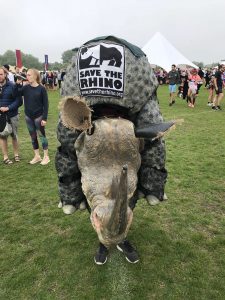 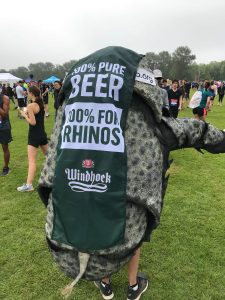 For further information on the campaign visit:  https://uk.virginmoneygiving.com/charity-web/charity/displayCharityCampaignPage.action?campaignId=6069&charityId=1000026

Windhoek Lager was launched in the UK in 2010 ahead of the South Africa Football World Cup and is available in both the ON and OFF trade throughout the UK.  Proudly brewed in accordance with the German Brewing Laws (Reinheitsgebot 1516), Namibia Breweries Limited, we will be beginning an aggressive stockist drive ahead of the summer.

Bars, pubs, restaurants and retailers can get in touch by emailing enquiries@morgenrot.co.uk to stock the brand, get involved with events or to find out about the exciting support packages. 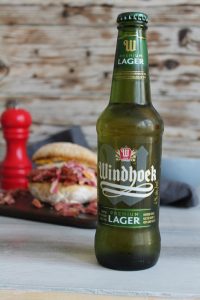 “The Windhoek Lager brand has built a strong following in the UK over the last few years so we’re excited to be starting this sales push and marketing drive ahead of the summer.  We’re incredibly proud of our heritage, provenance and charity work protecting our amazing ecosystems and wildlife so it’s great to be linking up with Save the Rhino International to raise further funds to support the incredible work they do.  Seeing a rhino close up is one of the most exhilarating experiences of my life so I’m passionate about ensuring that future generations have this opportunity too. Furthermore, this aligns and brings to life our company purpose of “Creating a Future Enhancing life” which we strive for in all we do.”

“Windhoek is a fantastic beer and the flagship lager has built a strong following in the UK in the last few years. The partnership, activities and events planned will be key to driving brand awareness, supporting accounts and increasing stockists and it’s fantastic to support Save the Rhino International in their struggle to conserve and protect rhinos.” 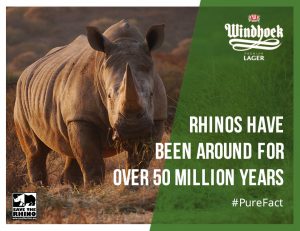 The story of Windhoek beer began with two German bankers arriving in the erstwhile German Colony of South West Africa in 1906. Hermann Ohlthaver and Carl List were completely unprepared for the searing sun and desolate landscape and wondered what madness had brought them there and how soon they could return to civilisation. Yet they never did. Instead, in 1920 they scraped together their life’s savings and bought four small local breweries, one more run-down than the next.

The Windhoek founders were passionate about beer; beer made the German way, made according to the Reinheitsgebot of 1516 so Namibia’s 100% pure beer was born.  Today the production capacity of the Windhoek Brewery is upwards of 2.2 million hectolitres per annum. Beer from this site travels to the furthest corners of Africa and around the world.

The brewery’s flagship brand, Windhoek Lager is a supreme quality, naturally brewed lager with no additives or preservatives.  Full in flavour, the beer has an abv of 4% and offers a long, rich and slightly bitter crisp, clean finish.

About Save the Rhino International

Save the Rhino International collaborates with partners to protect endangered rhinos across Africa and Asia with the goal of ensuring all five species of rhino thrive in the wild.

With the rhino’s habitat shrinking across the globe and poaching reaching crisis point, three of the five species of rhino are Critically Endangered and two of these species have fewer than 100 animals surviving.

Save the Rhino International is aiming to halt the twin threats to ensure by 2036, black rhinos, Sumatran rhinos and Javan rhinos will no longer be Critically Endangered.

To halt these twin threats, the UK-based charity works with the most effective people and projects in Africa and Asia to support rhino populations, champion community-led conservation, reduce the trade in illegal horns, and inspire rhino supporters across the globe to join in.

For further information on the latest projects visit: